Steven Horton has been a freelance writer for 20 years. He is the author of 5 books, with two more due for publication in 2013 and 2014 and has written for the Times, Liverpool Echo and numerous fanzines and websites, and also appeared on Radio Merseyside, ITV News and Sky Sports News.

Steven’s passions are Liverpool Football Club and local history, which is reflected in his current writing portfolio.

The five books published to date, which are available in both paper and e-book format, are as follows:-

His local history knowledge is also put to use with City Explorer Tours, for whom he works as a tour guide on open topped buses and he has also done individual walking tours of the city.

Steven also produced 3 walking tour I phone apps, so if you ever are stuck for something to do in the city centre, download the apps and have Steven walk you round this magnificent historical city;

Steven’s future projects include two more books that will be published in the autumn of 2013 and spring 2014. Red All Over the World details all of Liverpool FC’s foreign tours, starting off with the club’s first overseas trip to Scandinavia in 1910. We Love You Yeah Yeah Yeah tells the story of the 1963-64 championship win, Bill Shankly’s first league title which came just two years after the club had been promoted from the 2nd Division.

In addition to his books, Steven regularly writes updates and blog posts for his websites and Facebook fan pages

As a keen local historian Steven began to investigate his family geneology. He was shocked when he discovered his great, great uncle was hanged for the murder of his three year old daughter. Since then Steven has written regularly about historic Liverpool murders. 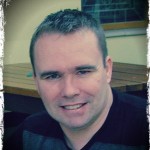 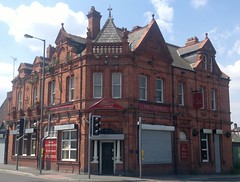