Re-opening next year as a hotel the Municipal Annexe, where many of the Militants policies were implemented in the 1980s, was once the headquarters of the Liverpool Conservatives. They hosted many events attended by senior politicians long before those of a different ideology gained a foothold in the building. 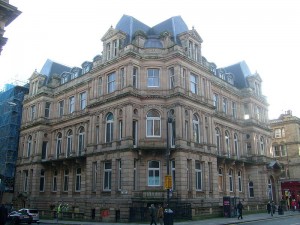 The foundation stone for the Conservative Club’s purpose built headquarters was laid by Robert Gascoyne-Cecil, Lord Salisbury, in August 1881. It was designed by Francis Holme and his uncle George Holme, architects of the County Sessions House in William Brown Street. It was built in an Italian-French style at the cost of around £80,000 and contained a library, billiards rooms, dining rooms, coffee rooms and card rooms.

There was no grand opening, with members simply vacating their previous temporary premises at the Royal Hotel and quietly moving in on the morning of 9th November. The following month, many of the 1,400 members attended the unveiling of a bust of of Benjamin Disraeli, the Earl of Beaconsfield, in the main entrance hall. They then held the inaugural banquet at the club, where the guest of honour was Sir RichardCross, Beaconsfield’s Home Secretary. The Conservatives were then in opposition and much of the discussion at the banquet was about a proposal by the ruling Liberals to nationalise all Church of England property. When it came to eating the food, they did so using crockery and cutlery adorned with the club badge, which was a Liver bird surrounded by a Union Jack.

Lord Salisbury was back at the building in 1888, this time as Prime Minister. After staying the night at Gateacre Priory, he stopped at the Childwall Abbey hotel before carrying on to Dale Street. There was no special banquet laid on, instead he was just given a tour of the rooms and expressed his satisfaction at them. He was then taken to Central Station to board a train to London. He died the following year and his title was inherited by his son James, who was Secretary of State for Foreign Affairs. He did give a speech in the building after an incident in the North Sea in 1904 that nearly led to a war between Britain and Russia. Russian navy vessels in the North Sea mistook some fishing trawlers for Japanese torpedo boats on a foggy night, killing three men. In the aftermath, Salisbury spoke at the Conservative Club, telling members that Britain’s restraint should not be seen as a sign of weakness and the country was ready for any conflict.

Five years after Salisbury’s speech with the Conservatives in opposition Shadow War Secretary Lord Donoughmore was critical of the Liberal Party’s military strategy. He told a gathering in February 1909 that ‘We have not a single unit in England outside the Guards ready to go to war without having a considerable number of reservists added to it.’

As the question of Irish Home Rule arose prior to the 1st World War, the Conservative Club was very much against it, hosting a luncheon on behalf of the Anti Home Rule in Lancashire group in January 1912, There were calls for those who ‘shot down Loyalists’ to be ‘driven to perpetual oblivion’ ,while the following year the club donated £1,000 towards the defence of Ulster.

Lord Derby of Knowsley Hall was prominent in the recruitment of soldiers after the outbreak of the 1st World War in 1914, encouraging men to join up in battalions of ‘pals’ so they could serve alongside friends and workmates. By the beginning of 1916 though it was apparent that the war was not going to be won by volunteers alone and conscription was looming. In an impassioned speech at the Conservative Club on 15th January of that year Lord Derby said ‘I will do everything in my power to get men who have not hitherto joined to join before the voluntary system finally and definitely comes to an end.’ Just two months later conscription came into force for all unmarried men aged 18 to 41, and this was extended to married men in May.

After the Conservatives lost the election to Labour in 1929, former Home Secretary Viscount Brentford came to Liverpool to talk about the new government’s welfare policies. He told a gathering of members that Labour was making it too easy to get dole and the real value of wages was decreasing as a result. His speech on 21st May 1929 included the words ‘Men did not want the dole and their self respect destroyed, they want  work and profitable markets for men and trade with the Empire.’

Within a few years though the building was sold to the Liverpool Corporation and became known as the Annexe. It became the headquarters of the education department, where the building of comprehensive schools in the 1960s was overseen, but sometimes without consultation with other council departments. As inner city housing was cleared and people re-located to the New Towns of Kirkby, Runcorn and Skelmersdale, 2,000 pupil schools were built in some areas which were less than a quarter full two decades later, Paddington being a prime example.

The 1980s were probably the most turbulent times politically in Liverpool, as the Far Left Militant Tendency battled head on with Central Government over the level of funding required for the city’s needs. After setting an illegal budget the city was left on the verge of bankruptcy and saved by a loan from Swiss banks. In addition to a large scale housing programme, the council also reorganised schooling in the city from the Annexe, creating 17 community comprehensive schools that were used for evening education programmes too.

One of the city’s most famous schools was closed during this reorganisation though. The Militants did not like selective schools and the Liverpool Institute, where Paul McCartney and George Harrison attended, closed in 1985.  There were also moves made to close the Blue Coat School in Wavertree but the government intervened to prevent this. The legacy of the education programme in the 1980s remains open to debate, with former teacher Mike Storey, who went on to lead the council from 1997, saying he struggled to get pens and paper when he was at New Heys at the time.

Other educational issues dealt with at the building included fees and grants for students in further education, as well as school uniform grants. The building’s meeting rooms were also put to use by many other departments of the council and trade unions. Eventually the building was sold in the late 1990s and after a few false starts development is now under way to enable it to open in 2015 as a boutique hotel operated by Double Tree by Hilton. 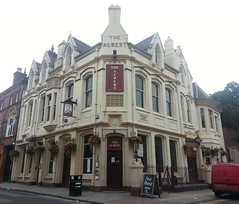 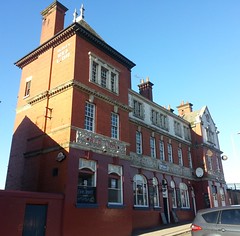 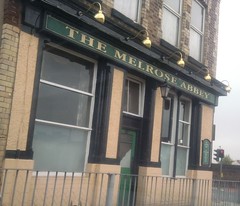