Liverpool Roman Catholic cemetery in Ford, Litherland contains tens of thousands of graves. It is unlikely there are any headstones commemorating anybody older than Richard Philbin, who died in 1904 at the grand age of one hundred and seven, or did he?

There is no doubt that Philbin lived until a grand age for the time, but census returns show he seemed to be counting backwards when it came to letting officials know his birth year. Had he been one hundred and seven when he died on 30th November 1904, he would most likely have been born in 1797. However in 1901, when he  was living in Fontenoy Street with a housekeeper, he is listed as being one hundred years old rather than one hundred and four. 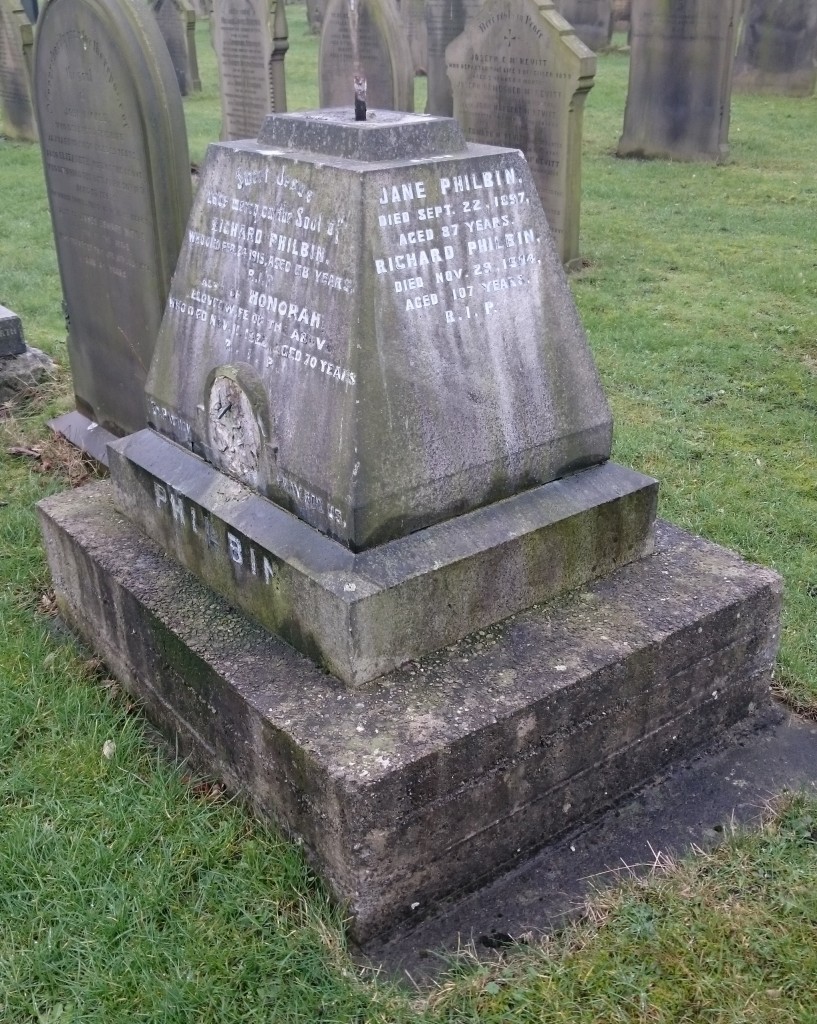 Ten years earlier he resided with his son and daughter in law in Byrom Street, yet is down as eighty years old rather than the ninety four that it should have been if his gravestone is correct. The census return of 1861 has him being born even later than he eventually claimed. This time it is 1819, meaning that between 1861 and 1901, according to the figures given to officials, he had aged fifty eight years instead of forty. There could be two explanations for this, one is that he exaggerated his age for personal gain, the other is that he ‘died’ and took on an elder relatives identity.

Whatever age he really was when he died and was buried in Liverpool Roman Catholic Cemetery, Philbin lived an eventful life. His brief obituary in The Times states that his mind remained sharp and until the final week of his life he was regaling anybody who would listen with old stories.

Court rights of passage records show that Philpin was still working in 1890, which meant even if his age was exaggerated in later years he was still at least in his seventies. That year he successfully sued a wholesaler who reneged on a contract to sell forty five boxes of herring to him that had been imported to Huskisson Dock. The wholesaler said that as Philbin didn’t get to the dock at an agreed time the contract was void. However the judge found in Philbin’s favour as the herring remained unsold when he went to the wholesaler’s warehouse.

Perhaps any forgetfulness over how old he was could have been the result of an unsavoury incident in St John’s market in 1876. One Friday afternoon he was hit on the head with a basket by a labourer who had had too much to drink. The man who did this was called Parker Drury and bridewell records showed he had been before the courts thirty two times. However in light of the fact he had kept out of trouble for two years the magistrates imposed a fine of two shillings, saying if it was not paid he would be imprisoned for fourteen days.

Whether he was one hundred and seven when he died or a sprightly eight five, Philbin was in good shape until the end even though he never stopped smoking. Despite having lost the sight of one eye he could still read the small print of newspapers with the other without having to resort to spectacles. The lettering on the gravestone in Liverpool Roman Catholic Cemetery, where his wife Jane, son Richard and daughter in law Honorah also lie, is in need of repair. Maybe one day further details can come to light and and the age of death can if necessarily be updated. 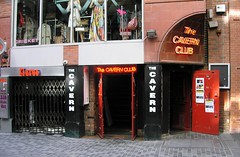 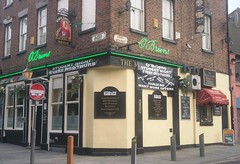