In Liverpool’s Georgian Quarter customers sit at the pavement cafes on the corner of Falkner Street and Hope Street sipping coffee, drinking beer and eating snacks and light meals. They do so in complete ignorance of an illicit trade that went on within spitting distance in 1888 when the local community were shocked to learn of the goings on at 19 Falkner Street. Three men were jailed after detectives raided the property and found that it was the distribution point for photographs of ‘a degrading nature’ and literature which contained ‘lewd and filthy dogged rhymes of the most beastly description.’

Adverts were placed in national newspapers for ‘Photographs direct from the Continent’, with buyers asked to send orders to Mr M Dupont at 19 Falkner Street. There was no Mr Dupont,  the letters instead being received and opened by Robert Murray who had a room at the address and described himself as an agent. He then took the letters to Shallcross Street in Everton where his brother John lived. He would then dispatch the photographs to all parts of the United Kingdom.

After detectives had watched the Murray’s activities for a few weeks search warrants were obtained for both addresses. Officers recovered what they described as indecent photographs and immoral printing. There was also a cyclostyle which was a primitive type of photocopier and used to reproduce the literature. From the amount of letters received, it appeared that demand was outstripping supply and they also identified a third brother named George who worked as a labourer in Glasgow. He was adding colour to the pictures before sending them down to Falkner Street, writing his communications in shorthand to try and cover up tracks.

All three were committed to the assizes court to be tried for the offence of ‘designedly obtaining obscene and indecent photographic prints and pictures for the purposes of publishing, selling and disseminating them’. On 9th August John pleaded guilty but Robert and George opted for a trial, with detectives saying that the images appeared to involve Parisien women. The judge, Mr Justice Stephen, urged the press not to publicise too many details of the material, saying that it was ‘as detestable to promote the circulation of them as it would be to promote poisons for the purpose of murder.’

The defence counsel claimed that George had never coloured any photographs or been to Liverpool and that John had not produced any material. In summing up the judge said he hoped that newspapers could filter out adverts so that minds weren’t corrupted and after a guilty verdict was returned he then lambasted the trio for their activities and the impact of them. He said ‘it is awful to think of the amount of injury you may have done to your wretched customers’ and described them as having bought the material for ‘a purpose I cannot trust myself to speak’.  For the protection of the public and to deter others he sentenced each of the men to two years imprisonment and imposed a fine of £100, which had to be paid before release otherwise they would be kept inside. 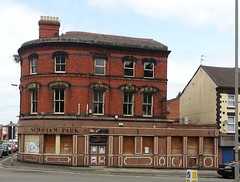 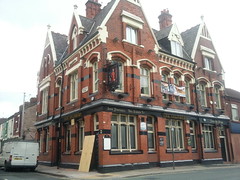