Herbert Samuel was a Liverpool man who became the first Jew to serve in the Cabinet and lead a British political party.

Samuel was born to Jewish parents on 6th November 1870 at 11 Belvidere Road, now part of the Belvedere Academy school in Toxteth. He was the son of a rich banker who was able to retire in his forties but died when Samuel was just six years old.

Educated at University College in Hampstead and then Balliol College, Oxford, Samuel became influenced by Charles Darwin’s evolution theory. He also read Liberal politician John Morley’s On Compromise, which detailed his disagreements with his father’s wish for him to become a clergyman. This led to Samuel writing to his mother stating that he was renouncing all religious beliefs.

In 1897 Samuel married his first cousin Beatrice the daughter of a banker who was living in Paddington, London. For her sake he continued to observe the Jewish Sabbath and food hygiene laws.  The couple had four children.

After two failed attempts towards the end of the 19th century to become the Liberal Member of Parliament for South Oxfordshire, Samuel became won  the Cleveland by-election in 1902 with a large majority of 2,000. He was the second member of his family to sit in the House of Commons, his older brother Stuart having been elected two years earlier as MP for Whitechapel.

The general election of 1906 saw Samuel re-elected as the Liberals won a landslide victory. Three years later he was appointed to the Cabinet by Prime Minister Herbert Asquith as Chancellor of the Duchy of Lancaster. In 1910 he became Postmaster General and then in January 1916 was promoted to Home Secretary, the same year as his brother left politics to concentrate on banking.

When Asquith stepped down as Prime Minister in December 1916 Samuel remained loyal to him and declined to stay on as Home Secretary despite being asked to do so by his replacement David Lloyd George. When the war ended, he was beaten by Park Goff at the 1918 general election which took place on 14th December. One of his last acts as an MP had been to table a parliamentary motion allowing women to stand for election, which was passed less than two months before voters went to the polls.

Despite his defeat Samuel remained in politics and he became High Commissioner of Palestine, over which Britain had been given a mandate to rule by the League of Nations. Samuel’s appointment was not without controversy. He held Zionist beliefs leading to Louis Bols, leader of the outgoing military government there predicting violence from non Jews. Bols received a telegram from the Muslim-Christian Association stating ‘inhabitants cannot recognise him’and that they ‘cannot accept responsibility for riots and other disturbances of the peace’.

Questions were raised in the House of Commons about Samuel’s appointment and in the House of Lords, the Secretary of State for Foreign Affairs Lord Curzon heard grave doubts expressed. However despite all reservations he took up office as planned on on 1st July 1920, making him the first Jew to govern Israel for 2,000 years. He immediately set about trying to mediate between groups, slowing Jewish immigration and guarding the civil and economic rights of Arabs. He remained as High Commissioner for five years and his time there continues to be debated with both Zionist and Arab historians feeling he did too much to appease the other side.

On his return to Britain, Samuel was asked by Prime Minister to look into problems in mining. In March 1926 he published the Samuel Report, recommending that government subsidies be withdrawn, wages reduced by 13.5% and advising against the nationalisation of the industry. Within two months, the Trade Union Congress had called a general strike in support of the miners which lasted for nine days but failed to overturn the proposals.

The 1929 general election saw Samuel return to Parliament as MP for Darwen and he became Deputy Leader of the Liberal Party. In August 1931 he became Home Secretary as part of a coalition National Government led by Labour Prime Minister Ramsay MacDonald. Three months later he stepped up become leader of his party when Lloyd George crossed to the opposition benches as an Independent Liberal. Samuel remained Home Secretary until October 1932 when all Liberal ministers resigned their posts. In the general election of 1935  he lost his seat to Conservative candidate Stuart Russell.

Defeat in the general election wasn’t the end of Samuel’s political career as in 1937 he was granted the title Viscount Samuel of Mount Carmel and Toxteth in the City of Liverpool. This allowed him to take a seat in the House of Lords but he declined an offer from Prime Minister Neville Chamberlain to join the Cabinet. Despite his Jewish heritage, Samuel supported Chamberlain’s policy of appeasement towards Adolf Hitler. He also advocated the Kindertransport movement, which sought homes for Jewish refugee children from Germany, Austria, Czechoslovakia and Poland.

Samuel became the Liberal leader in the House of Lords in 1944 and in the run up to the 1951 general election made history when he presented the first ever party political broadcast on television. He was selected to make this due to his grace and clarity, which had made him one of the most effective speakers in Parliament.

Over the next ten years Samuel pursued a literary career, publishing Essays in Physics, In Search of Reality and A Threefold Cord: Philosophy, Science and Religion. Samuel died in London on 5th February 1963 at the age of 92. At the time he was one of only two surviving Liberal MPs from 1906, the other being Winston Churchill. 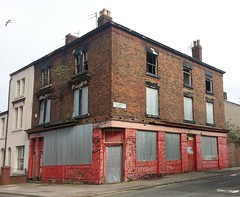