One of the statues in front of St George’s Hall, nearest to the entrance to the heritage centre, commemorates Major General William Earle, a Liverpool born army commander killed in Sudan in 1885.

rn in Hope Street on 18th May 1833, one of ten children born to Hardman Earle, a broker, and his wife Mary.  During Earle’s childhood the family moved to Allerton Tower in Woolton and he was educated at Harrow.  On leaving school in 1851 he joined the Hertfordshire based 49th Regiment of Foot. He first saw military action in Crimea in 1854, going on to fight at Alma and Sevastopol. In recognition of his gallantry he was awarded the English, Sardinian and Turkish medals.

Earle was known from an early age to be firm, energetic and of amiable character. After promotion to lieutenant he went on to serve in Gibraltar and Canada, then in the 1870s he became a colonel. That took him to India, where he was military secretary to the Viceroy, Lord Northbrook. In 1880 he was granted major generalship, his first major expedition being to Egypt in 1882. At the conclusion of that in November of that year he was awarded the Companion of the Bath and appointed commander of the garrison at Alexandria.

Towards the end of 1884 Earle took command of a campaign to relieve General Gordon, who was under siege due to an Islamic rebellion by the Mahdists in neighbouring Sudan. Gordon was killed when Khartoum fell on 26th January 1885 and his entire garrison of 6,000 men were slaughtered.

Earle and his troops never made it to Khartoun, news reaching them that Gordon had been killed. However on 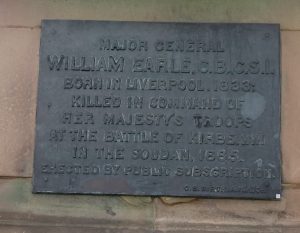 10th February at Kirbekan Earle and his column of 1,000 men routed 9,000 Mahdist troops who were holding a strategic hill. Earle was killed towards the end of a five hour battle in which the British were victorious. Queen Victoria rejoiced at the news, but offered her deep lament at the loss of Earle and some of his officers.

The Liverpool Mercury reported that ‘universal gloom pervaded this city’ when news of Major General William Earle’s death was received two days later. Flags were flown at half mast at the Town Hall and police buildings. Speaking at the annual meeting of the orphan asylum, the Mayor David Radcliffe offered his heartfelt sympathy to his family, who he described as one of the most highly esteemed in the city.

Within two weeks of his death, a public meeting had been held in the city, presided over by the Mayor, at which it was unanimously agreed to commission a statue of Earle to be placed in a prominent position. On 16t 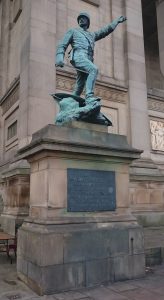 h December 1887 the bronze statue on Darley Dale stone was  unveiled outside St George’s Hall by Lord Wolseley, commander of all the British forces in Egypt. During his stay in Liverpool, Wolseley stayed at Childwall Lodge, the home of Earle’s brother Arthur. Also present at the unveiling was Major General Brackenbury, who took command of the troops after Earle had fell. Afterwards, a mayoral banquet was held at the Town Hall.

The statue is ten feet tall and depicts Earle in full battle pose, wearing his gauntlet, spurs and helmet. He is standing over a shield captured at the battle. It had been sculpted by Charles Bell Birch, who four years earlier had worked on the statue of Benjamin Disraeli which stands on the hall’s steps. 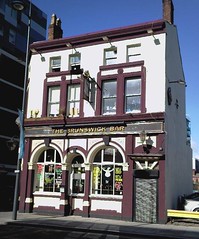 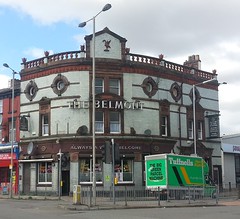