One of Liverpool’s oldest pubs is the Childwall Abbey hotel in the heart of the old Childwall village, with parts of the building believed to be over 500 years old. A thriving local nowadays, it was once a popular rural retreat from densely populated Liverpool but one man’s trip out there in 1860 led to him dying in circumstances that were never explained.

On the evening of 1st August 1860 the body of 38 year old George Sumner was found in what was referred to by the Daily Post as a ‘house of ill fame’ in Hotham Street, which runs between London Road and Lord Nelson Street.  His life had taken a serious downturn since the death of his father, who ran a boot makers in Bold Street, the previous December. Although Sumner’s mother had continued the business, he had chosen instead to squander much of his inheritance on drink and prostitutes. This was in stark contrast to his brother Henry, who was an architect and practised in Colquitt Street.

The inquest into Sumner’s death took place before borough coroner Mr P F Curry two days later, the Post describing the circumstances as ‘of a very mysterious character.’ It first heard that he had spent much of the last week of his life with Elizabeth Stevenson, a prostitute who lived at Mr Carefull’s brothel in Hotham Street. Initially he told her he was a sea captain called George Hamilton, but this cover was blown when he went to a bank in Dale Street to get some money and was addressed as Mr Sumner. Admitting his real identity, he then proposed to leave Liverpool and go to Bristol, taking the lady with him.

The coroner was then told that the night before Sumner was due to go to Bristol, he took a cab with two other men to Edge Hill where they stopped for beer and champagne. They then went on to the Childwall Abbey,where they had tea and Sumner went to play bowls but fell over five feet from the wall onto Score Lane. William Grocott, a gardener, deposed that he had seen him fall from the wall but nobody else had. One of the two men he was with, Mr Trayor, went to look for a cab as the one which had brought them out there refused to take him back to Liverpool in that condition. It took about an hour to locate one whilst Sumner remained with his other companion Mr Matthews and it was during this wait that his eyes began to blacken. 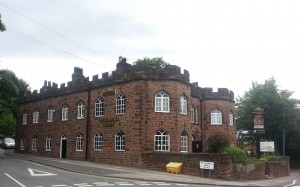 Other residents at the brothel said that on returning there Sumner told Mrs Carefull he had been given a good hiding and put his head on her shoulder. He said he knew who had beaten him up, but wouldn’t name them. His nose and chin had cuts, both eyes were both blackened and his arms were sore. He was quite tipsy and said he had been drinking brandy and champagne.  Soon afterwards Mr Carefull returned along with Elizabeth Stevens, both having been out looking for Sumner. The following afternoon they sent for Dr Rowe as he couldn’t hold his head up, but when he returned half an hour after first seeing the patient he had already died.

Dr Rowe told the coroner that Sumner had  a fractured arm and nose and he didn’t hold out much hope for survival. He had gone away for splints and told Mr Carefull to gather Sumner’s closest friends, but his death occurred even sooner than anticipated. A post mortem revealed a fracture to the skull between the eyes and this had been the result of either external violence with a weapon or a heavy fall. The injuries to the arm and wrist were also consistent with a heavy fall whilst drunk.

One crucial point that the inquest couldn’t establish was what had happened to Sumner’s money. He was known to have had £45 (equivalent to £5000 today) when he got in the cab at Edge Hill but when he died there was only £2 on his person.  Inspector Carlisle from the police was asked by the coroner if there was any further information he could gather that could justify an adjournment to the inquest, but he replied that he had investigated as far as he could. He said he had managed to trace everybody who had had any dealings with Sumner in the last few days of his life and there as no more he could do.

When Mr Curry summed up,  he told the jury that the mysterious circumstances meant no clear conclusion could be drawn. Under his instruction, an open verdict was returned meaning that the case could be reopened again if further evidence came to light.  No more information was ever forthcoming and Sumner’s death remains a mystery. The Childwall Abbey remains a thriving pub owned by Marstons Inns and is also a hotel. 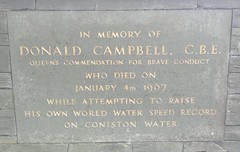 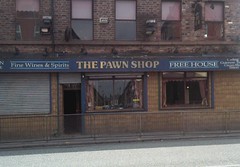