The boutique hotel that is 62 Castle Street may be situated in what was the Trials Hotel, but there has never been any court cases or police presence in the building, which was actually used for banking for 120 years.

The Grade II listed building at the corner of Castle Street and James Street was built in 1868 for the Alliance Bank. The architects were Lucy and Littler, who designed a building consisting of a great mass of stone, enriched with carved pilasters, cornices, balustrades, swags and rusticated arches. Prows of ships projected from the spandrels of the second floor windows. In the basement was Child’s Chop House, billed as the ‘coolest room in town’ and describing itself as a ‘restaurant, wine and smoking rooms’

Within just a few years The Alliance Bank was in financial difficulties and in 1871 the Liverpool branch was sold to the National Bank. They merged operations with another branch locally, but the domed banking hall was an ideal place for the relocation of the North and South Wales Bank, who had outgrown their premises in what is now the Castle Moat House building in James Street. Although the vast majority of the bank’s 80+ branches were in spread out around Welsh towns and villages, shareholders agreed that a Liverpool branch should still conduct business as the city was seen as the commercial metropolis of North Wales.

At its peak over 300 staff were based at the bank, which was managed in the 1880s by Mr R. Meredith Jones. Amongst the shareholders were eminent local gentlemen Thomas Brocklebank (a shipowner) and Sir James Allanson Picton (historian and politician). In August 1889 an employee of the Castle Street branch was a hero whilst visiting Barmouth on business. Mr R. E. Parry showed complete disregard for his own safety when he went into the sea to rescue a woman who had been swept away by waves, safely bringing her back to the shore. There were occasions though when employees complained of being paid less than at other banks and in 1893 clerk Henry Hobbs was arrested when he tried to cash a forged cheque for £17 at St John’s Market.

By the early 20th Century the North and South Wales Bank was in trouble and was eventually taken over by the Midland Bank in 1908, which meant an end to the issuing of banknotes in Wales. The Midland remained there until the early 1980s when they moved to the other end of Castle Street, occupying a building on the corner with Dale Street.

Local businessman Wayne Rose, aged just 23, took over the building in 1986 and converted it into a four star, twenty bedroomed hotel, bar and restaurant. The name ‘Trials’ was chosen as the city’s new law courts had opened on the other side of Derby Square in 1984. It remained one of the city’s poshest bars and hotels for 18 years then in 2004 was bought by Centre Island Hotels, who refurbished it into luxury boutique accommodation whilst retaining the Victorian architectural features and renaming it 62 Castle Street. 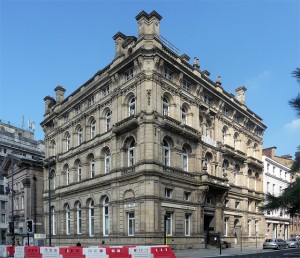 THE COINERS OF VIRGIL STREET 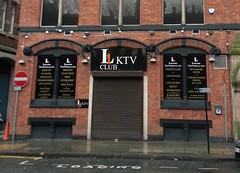