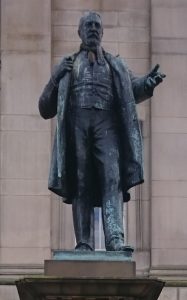 Born on 23rd June 1836, Forwood was the son of Thomas Brittain Forwood of Thornton Hough on Wirral. His middle name Bower was as a reference to his mother’s maiden name. He was educated at Liverpool College and took over his father’s business interests at the age of 25. This made him a senior partner in shipping lines based in Liverpool, London and New York.

With the American Civil War disrupting trade, Forwood expanded his markets to Central America and the West Indies. He soon became known in Liverpool circles as a man of enterprise, shrewdness and probity and became president of the town’s Chamber of Commerce. He was also invited onto the board of the Cunard and West India Pacific Steamship lines. Politically active, Forwood was Mayor 1877-78 and served as chairman of the finance, artisans dwellings and health committees. He was also president of the committee that promoted the foundation of the Bishopric of Liverpool, as well as chairman of the institution which founded University College Liverpool.

Although he had great local prominence, Forwood had ambitions on a national scale and sought election to Parliament as a Conservative in 1882. He lost the Liverpool seat by a small number of votes to Samuel Smith but three years later was elected as MP for Ormskirk. An advocate of council housing for the poor, Forwood had a number of articles published in papers of the day. He also promoted pensions, employers liabilities, parliamentary reform and universal suffrage. Somewhat forceful in manner, he did not make friends easily but at the same time he remained well respected across the political spectrum. 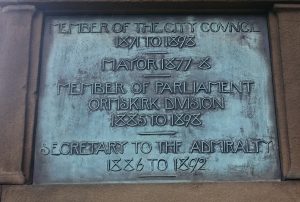 as an MP, Forwood’s resignation from Liverpool council was unanimously not accepted and he remained as an alderman. In 1886 Lord Salisbury appointed him as Secretary to the Admiralty, where he advocated for smaller warships that could be put to sea more quickly than larger vessels and played a key role in getting the Naval Defence Act through Parliament. This allowed for expansion to meet the ‘two power standard’, meaning the British navy was as large as the next two in the world combined.

When he found the time for leisure, Forwood was interested in yacht racing and was one of the founders of the Yacht Racing Association. He was married twice, his first wife Lucy dying in 1873 after fifteen years of marriage. A year after her death he married his second wife Mary, with wh 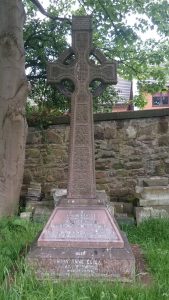 om he had eight children; four sons and four daughters.

Forwood was created a baronet in 1895 and remained active in political affairs right up until the illness that caused his death at the age of 62. One of the last things he did on a local scale was push through the electrification of the tramway system.  On 21st September 1898 he  attended a meeting of local Conservatives but suffered an attack of colitis at his Gateacre home, The Priory. A telegraph was sent to his wife who was staying in Welshpool urging her to return at once as his condition was deteriorating fast. Although an operation on the 25th was successful, he had worked so hard he had no reserves of strength to recuperate and died at The Priory just two days afterwards on the early hours of the morning.

On his death Lord Salisbury sent a telegram to his family which was made public by his eldest son, 23 year old Dudley. It said that ‘The loss to his party and to his native city will be deeply felt.’ Flags around Liverpool flew at half mast and the police courts paid tribute to him before proceedings commenced.

In its obituary the Morning Post said that Forwood was ’eminently of the class of which it was once the fashion to call merchant princes.’ Describing him as having ‘ambition and passion beyond the mere domain of the counting house’ it paid tribute to him finding a scope for both. 2-3,000 mourners were estimate to have attended his funeral, which took place at All Saints Church in Childwall. 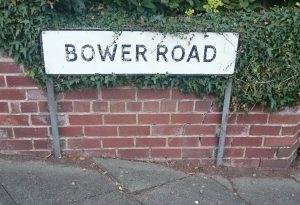 In July 1904 a  statue of Forwood was unveiled in the newly opened St John’s Gardens in the city centre that is still there today. Cast in bronze as if addressing a meeting and sculpted by George Frampton, it is ten feet high atop a plinth of the same height. In unveiling the statue Lord Derby said that Forwood as ‘one of the greatest men that Liverpool has ever produced.’

Sir Arthur Bower Forwood’s former home The Priory, where he had lived since 1870, was demolished in the 1930s. Only a pair of sandstone gate piers survives although one of the developments on the site of the former grounds was named Bower Road. Forwood is also remembered by a memorial tablet was unveiled a few years after his death in St Stephen’s Church in Gateacre.