The Carnarvon Castle pub in Liverpool’s Tarleton Street was the scene of a dreadful suicide in 1894 when a man shot himself in front of horrified drinkers.

On the afternoon of 26th September 1894 a 22 year old man named Charles Wood, who lodged in Oxford Street, went into the Carnarvon Castle. After ordering refreshment at the bar Wood, who had never been seen there before, took a seat in the back room. 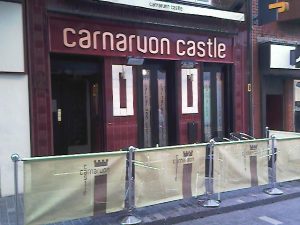 Shortly afterwards a gunshot was heard and when the licensee went to see what had happened, found that Wood had shot himself in the head. The police were called and he was taken to the Southern Hospital, where life was pronounced extinct. There was no initial explanation for what had happened and the inquest the following day did not provide any clear answers.

The first witness at the inquest that was heard by the Deputy Coroner Mr E Gibson was Charles’s brother John, an African trader. He said that a few months earlier Charles had been on a visit to Africa and developed a fever, but he now had nothing to trouble him nor were there any money worries. However his landlady Mrs Roskell said that he was addicted to drink and always carried a revolver, something he had been accustomed to doing in Africa.  She described Charles as someone of cheerful dispostion who she didn’t think could harm himself.

James Fagan, the proprietor of the Carnarvon Castle, said that he had never seen Charles there before. He said that Charles was sober and excitable and as had felt something was peculiar ordered the barmaid not to serve him. Fagan claimed that after he had seen Charles go to the back room he did not see him again until getting a report of the gunshot ten minutes later. The jury returned a verdict of suicide whilst temporarily insane.

NO TRIALS AT 62 CASTLE STREET 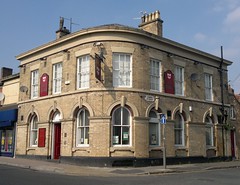