You are here: Home / Archives for Eisteddfod

Last weekend saw Newsham Park taken over by the Giants, but this isn’t the first time one of Liverpool’s parks has been the subject of a unique event. In 1929 Sefton Park hosted the Welsh Eisteddfod with a record crowd attending on the first day. Previous Eisteddfod’s had been held in the city in 1884 […] 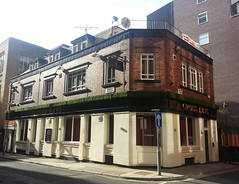