Nowadays the Brook House pub in Smithdown Road is a favourite haunt of students living in the locality, surrounded by streets of densely packed terraced houses. This is vastly different from the mid 19th Century  when fields in the vicinity were the venue for annual ploughing contests amongst farmers.

The current Brook House dates from 1878 but an earlier inn had stood on the site from 1754 until then, slightly to the south. It was this inn that was the venue for the ploughing competitions which were open to farmers from up to seven miles away with entrants paying 5 shillings each and the first prize being a single plough and runners up receiving clover seed drills and whippletrees.

Entrants in 1857 gave an indication of how rural parts of the Toxteth area, known then as Toxteth Park, was. There was Mr Aspinall from Lodge Farm in Princes Park, Mr Gibbings from Greenbank Farm and Mr Lathbury from Ullett Lane.There was no local winner though, the first prize instead going to Mr Pickup from Jericho Farm near Otterspool. The contest had gone on all day with the speed being hindered by fog, which meant the farmers could see no further than the heads of their horses. At the end of it all contestants were rewarded at the Pineapple Inn on Park Road with an ‘abundant and substantial dinner’ courtesy of the owner Mr Turner. 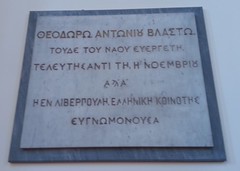