In 1916 Bank Hall station was the scene of a tragic accident that left two men dead, one of them the son of the founder of one of the world’s major banking corporations in the world.

At 7.30pm on 22nd December 1916 at Bank Hall station a male passenger was confused by the extreme darkness and stepped out of the wrong side of the train and onto the track instead of the platform. Realising the danger a porter jumped on the line and grabbed hold of the man, but it was too late and they were struck by a light engine.

The porter, Hugh Aughton from Banks died instantly and the passenger was taken to Stanley Hospital with serious injuries but died later that evening. It turned out that the man was 31 year old Thomas Leslie MacNaught Sutherland, the honorary secretary of the military hospital at Maghull. He was the only surviving son of Sir Thomas Su 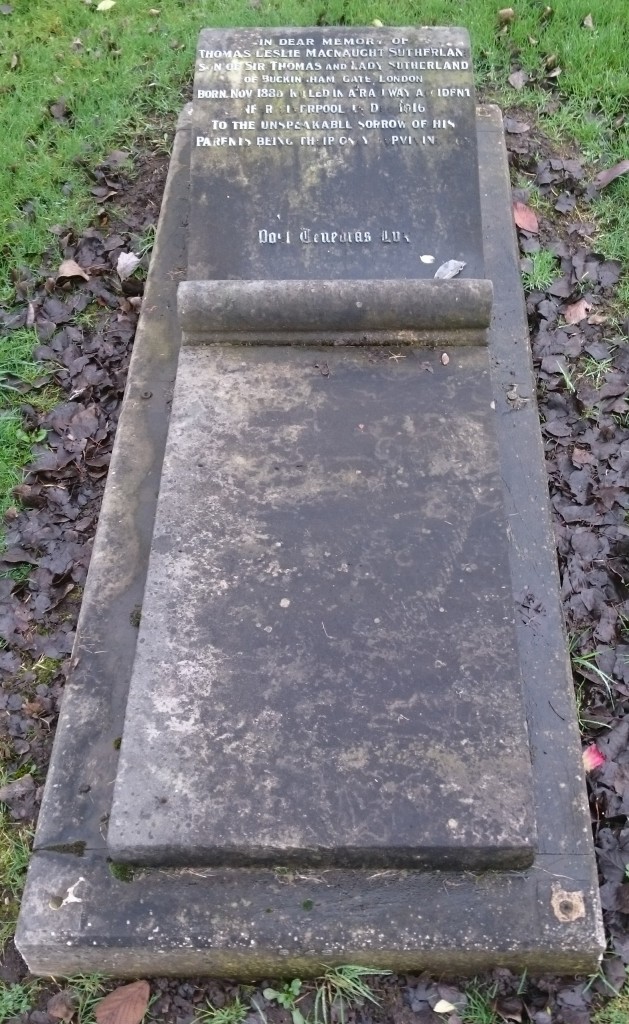 therland, who in 1865 had founded the Hong Kong and Shanghai Banking Corporation.

Born and raised in Aberdeen, Sutherland senior had got into banking in the Far East after being posted there by the Peninsular and Oriental Steam Navigational Company (now P&O). On returning to Britain in the 1880s he became MP for Greenock and settled in the exclusive London address of Buckingham Gate.  He also took a position on the board of the Midland Bank, which would eventually become part of the HSBC Group along with the company he had founded in the Far East.

Despite Sutherland’s immense wealth -he left £720,000 in his will – equivalent to £66 million nowadays – his son was buried in a relatively modest grave in Anfield Cemetery, the memorial stone lettering being in a sorry state today.