Charles Thurstan Holland, one of the pioneers in the field of radiology lived in Liverpool’s Rodney Street, where he died in 1941.

Holland was born in March 1863 at Bridgwater, His father was William Thomas Holland and his mother Florence Holland was the second daughter of portrait painter Charles Allen Du Val. 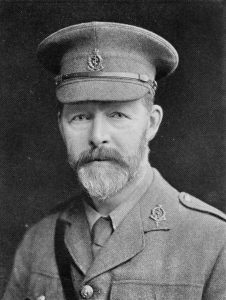 Holland studied medicine at the University College in London, qualifying in 1888 and remaining at the hospital there before moving to Liverpool in the 1890s. His passion for photography led to him developing an interest in radiology and he became inspired by the experiments of Wilhelm Rontgen in Bavaria. Holland could see that by combining the two, a powerful aid in medical treatment and surgical development was available.

In May 1896 Holland  assisted Sir Oliver Lodge of the physics dept at the University of Liverpool to take an x-ray of his hand, the first in Britain. He then became head of radiology at Liverpool Infirmary, a position he held until his retirement in 1923.  His meticulous work and technique development meant he was considered one of the pioneers of radiography in Europe. During the First World War Holland was a Major in the Royal Army Medical Corps and his abilities as radiologist were invaluable in treating patients with bullets lodged in their bodies. He spent much of the war travelling between the Western Front and hospitals in Britain, from Pembrokeshire to Carlisle.

Holland left the Royal Infirmary in 1923 and lectured at the University of Liverpool. In 1925 he facilitated the First International Congress on Radiation in London and as recognised by societies throughout the world. Holland remained a keen photographer throughout his life and was elected as the first President of the Lancashire and Cheshire Photographers’ Society. His wife died in 1924 and when he suffered a major illness in 1931 he retired from all professional activities.

Holland died on 16 January 1941 at his home, 43 Rodney Street in Liverpool. The following day he was cremated at Anfield crematorium, the principal mourners being his son and daughter-in-law. Also present were staff from the Royal Infirmary and University of Liverpool. His ashes were interred at Toxteth Park Cemetery in the grave of his wife. A Liverpool city council heritage plaque is now at his former home.