Liverpool born actress Dame May Whitty, who did not become a Hollywood star until she was in her seventies, was the first film and stage actress to be made a Dame of the British Empire.

Whitty was born Mary Whitty at 8 Catharine Street on 19th June 1865.  Her paternal grandfather was Michael James Whitty, the first chief constable of the Liverpool police and founder of the Daily Post newspaper. Her love of acting came fr 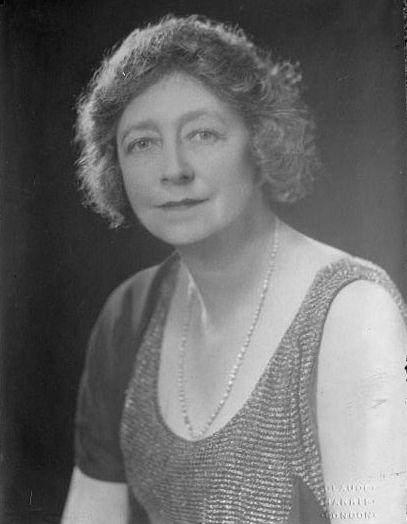 om her father Alfred, who loved music halls and was for a time involved in theatre management.

In 1881 Whitty made her stage debut, appearing as a sylph in Mountain Sylph at the Royal Court. The following year she was on stage in London for the first time, as part of the chorus in La Mascotte. Towards the end of 1883 she took the brave step of giving up her employment and was accepted by London’s St James Theatre, where she spent two years as understudy to established actresses and playing small parts.

Whitty got an opportunity to further her career in 1886 when she joined the Wyndham touring company, playing lead roles in small theatre across London.  In 1892 she married actor Ben Webster, who had given up being a barrister to pursue his acting ambitions. The couple lived in Covent Garden, where their home  was often used to provide shelter and relief for actors who had fallen upon hard times. For many years Whitty was chair of the Ladies Theatrical Guild, which helped all members of the profession, including stagehands and dressers. In 1930 at her London flat she she helped Alfred Wall form the actors’ union Equity.

In addition to acting, Whitty was part of the suffragette movement, having heard Emmeline Pankhurst speak in 1905. Whitty was concerned at the lack of opportunities in the theatre for senior non acting parts, such as directors and managers.

Whitty first went to America in 1895, appearing on Broadway. She was there again in 1905, giving birth to her second child Margaret Webster (her first had died at birth), who went on to have a distinguished acting career herself. She mainly appeared on stage in comedies or Shakespeare productions and had leading roles alongside such distinguished actors as Sir Henry Irving and Sir Johnston Forbes Robertson.

In 1914 Whitty appeared in her first film, playing Miriam Lane in Enoch Arden, a silent drama production of Lord Tennyson’s poem of the same name. During the First World War Whitty rarely acted, devoting most of her time to roles with the British Women’s Hospital Committee and Three Arts Women’s Employment fund. She did appear in productions that entertained troops however and in the New Year honours of 1918 she was made a Dame. Alongside operatic soprano Nellie Melba, she became the first actress to be given such an honour.

After the war ended Whitty mainly appeared in stage roles, settling with her husband in New York. Then in 1937 she made her Hollywood debut at the age of 72, playing Mrs Bramson in Night Must Fall. This went on to be named best film of the year by the National Board of Review.

Whitty settled in Beverly Hills and appeared in over thirty more films. Amongst them were Lassie Come Home, The White Cliffs of Dover and Alfred Hitchcock’s The Lady Vanishes. Many of her parts involved her playing rich English widows and when asked about retiring in 1940 she responded ‘Only the aged and inform quit and I am neither’. She died of cancer at the age of 82 on 29th May 1948, a year after losing her husband Ben. A memorial service took place for her on 10th June at St Paul’s Church in Covent Garden, with John Gielgud being amongst those present.