Swedish soprano Jenny Lind, often known as the ‘Swedish Nightingale’, performed in Liverpool on a number of occasions in the middle of the 19th Century. 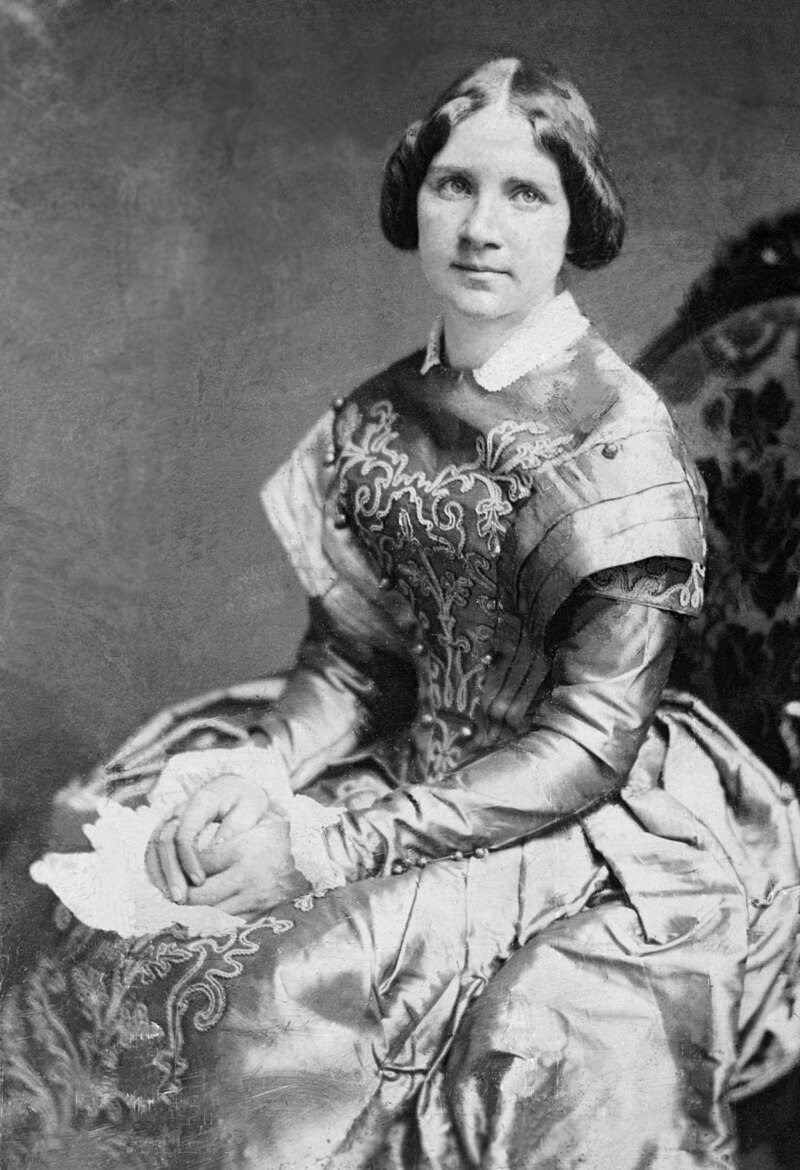 ria Lind in Stockholm in 1820, Lind was admitted to the Royal Dramatic Theatre at the age of nine and was soon appearing on stage. Her first major role was in 1838 when she starred in Der Freischutz at the Royal Swedish Opera. A the age of twenty she joined the Royal Swedish Academy of Music and became court singer to the kings of both Sweden and Norway.

Whilst touring Denmark in 1843 Lind rejected the romantic overtures of author Hans Christian Andersen. During that decade she undertook lengthy tours of Germany and Austria and also performed in London to an audience containing Queen Victoria in May 1847. This led to her services being secured by Mr Lumley of Her Majesty’s Theatre and two months later she starred in the world premiere of Verdi’s I Masnadieri.

Lind was known for her charitable feelings and when not contracted to appear in Mr Lumley’s productions, was happy to offer her services free of charge so that funds could be raised for good causes. This led to the committee of the Liverpool Southern and Toxteth Hospital securing free hire of the Royal Amphitheatre (on the site of the present Royal Court) for Lind to appear in what was billed as ‘a grand morning dress concert’ on 6th January 1849.

Ticket prices ranged from five shillings to one guinea and were sold by ballot due to the demand, with press reports stating that some customers who missed out were offering those who were successful twice the face value to secure entry. The Liverpool Mercury were clear on how significant a performer she was, describing her has having had ‘a career the most brilliant of any vocalist on record’ and as someone who ‘has assumed a position in the musical world which no vocalist ever before attained in this country’.

The auditorium and dressing rooms were fitted out by Messrs Jeffery, Moorish & Co of Compton House in Church Street. Amongst the audience numbering 2,500 were the Earl of Sefton, the Mayor, the Dean of Chester and distinguished individuals from as far away as Derbyshire and Shropshire. Lind had arrived in Liverpool at 10am from Manchester and checked in to the Adelphi Hotel. At 2pm she was escorted to the theatre by two members of the committee and expressed pleasure at the decoration of her rooms.

Wearing a dress made from Brussels lace set with diamonds, Lind sang pieces by Mozart, Rossini and Weber amongst others. Such was the applause that she gave three encores and closed with the National Anthem. When she did finally retire from the stage, there were rounds of applause as well as waving of hats and handkerchiefs.

After the concert Lind went to West Dingle, the residence of Mr J. B. Yates, chairman of the hospital committee, where she dined with his family, the Mayor and Swedish Consul. She then returned to the Royal Amphitheatre for the evening, where a box was made available for her to watch a performance of Meg Merrilies. After meeting the actress Miss Cushman Lind, retired to the Adelphi, remaining there until her departure for London at 6am on 8th January.  She expressed satisfaction with her time in Liverpool and was pleased to hear that her concert had raised £1,400, which is equi

Lind was back in Liverpool on 29th March 1849. She was appearing at the Collegiate Institution in Haydn’s oratorio The Creation, which was touring the country. The concert was somewhat interrupted though as excitement spread around the audience at the news John Gleeson Wilson, who had murdered four members of the same family in Leveson Street, had been apprehended. Whilst in Liverpool on this occasion, Lind was shown around the Philharmonic Hall which was nearing completion and promised to perform there once it had opened.

Just six weeks later Lind retired from opera. Her last performance was on 10th May 1849 in Le Diable, watched by Queen Victoria. She then agreed a deal with showman Phineas Taylor Barnum to tour America. Prior to sailing from Liverpool she kept her promise to perform at the new Philharmonic Hall, appearing in a production of  Handel’s Messiah on 19th August 1850. In between parts of the oratorio, an address was given to Lind by William Sudlow, Secretary of the Philharmonic Society. He said how ‘her kindness had left so deep an impression’ and predicted that her progress in America will be ‘as triumphant as in every other country she has visited.’

At the end of the concert Lind sang the National Anthem and was showered with bouquets, with the Liverpool Mercury describing it as ‘the most successful musical performance ever given in Liverpool’. The following day, she readily accepted an invitation to visit the Southern and Toxteth Hospital where a new section, the ‘Nightingale Wing’ had been opened using the funds from the previous year’s concert. She presented a Swedish sea captain patient with a bunch of grapes and signed an entry in the visitors book which said ‘I have today visited this institution and am much gratified with the arrangements’. She also made a donation of £100 to a ragged industrial school in Soho Street, after being made aware of its success by the wife of John Bald, the Swedish consul. 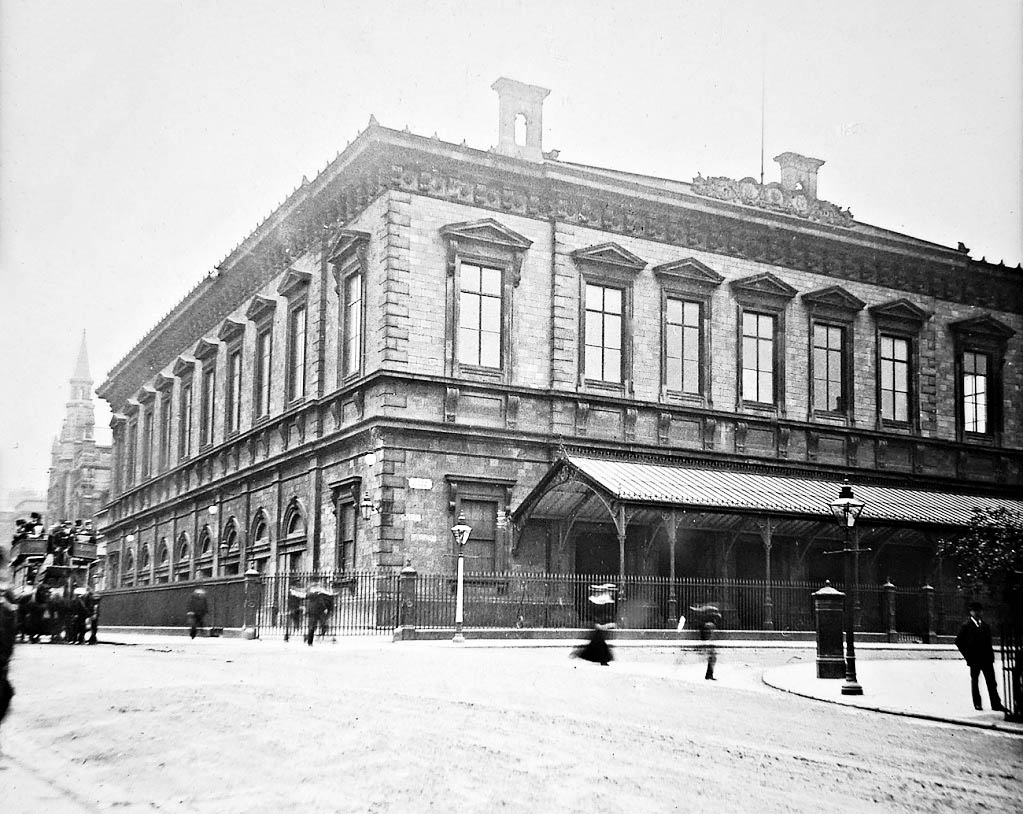 On the morning of 21st August Lind left the Adelphi and sailed on the Atlantic bound for New York. She was accompanied by a King Charles spaniel that had been given to her by the Queen and waved off by a large crowd. Over in America the 93 date, eighteen month tour netted $350,000 for her chosen charities, including schools in her native Sweden. Towards the end of her tour she married her pianist Otto Goldschmidt. He was nine years younger and she took the name Jenny Lind-Goldschmidt.

Lind and her new husband arrived back in Liverpool on 9th June, having again sailed from New York on the Atlantic. They spent three days with Mr Bald, with Lind politely declining requests for engagements from the Philharmonic Society and Sailors’ Home. She stated that she needed a repose from professional toil and was eager to visit friends on the Continent. On 12th June the couple took the train to London and then headed to Germany, settling in Dresden where they lived for three years and where their first child Otto was born.

In 1855 Lind and Goldschmidt returned to England, where her husband became a professor at the Royal Academy of Music. There was great excitement when two concerts at the Philharmonic Hall were announced in January 1856, for which she was paid a staggering £500 per show. The need to recoup this fee meant that tickets failed to sell out for the first concert, Messiah, on the 4th, but the hall was overflowing three days later for a general show. The Daily Post reported: ‘She had lost none of those natural powers that might have become weakened by time, her voice was as exquisite and silvery as when we first heard her’.

Although Lind’s talent hadn’t change, the Liverpool Mercury reported that her personality and expectations were now somewhat different. The paper claimed that she was unhappy at nobody being at Lime Street station to meet her. It suggested also that she believed the ticket prices had been set too high, the Philharmonic having made a £1,500 profit for the two shows after all expenses were met.  However, she still showed an interest in charity and made a private visit to the Blind Asylum, insisting on being accompanied only by her husband, the Swedish Consul and officials from the institution. She listened to some children sing, bought a number of trinkets from the bazaar and also handed a sizeable sum of money to the governor.

Lind went on to have two more children, Jenny and Ernest, then in October 1861 she performed in Liverpool again, despite speculation five years earlier that she had threatened never to return. The venue was again the Philharmonic Hall, where both her concerts sold out even though ticket prices were again high. On the 28th she performed Creation and then the following evening she sang various songs. This occasion, it was reported in the Liverpool Mail that ‘her voice his yielded to the inevitable attacks of time’. Six weeks later she was back at the Philharmonic, performing the Messiah and receiving a silver vase as an appreciation from the Philharmonic Society.

In 1863 Lind took part in performances of L’Allegro and Elijah at the Philharmonic Hall and these turned out to be her last concerts in Liverpool. After that her public appearances were more limited and usually in concerts that had been arranged by Goldschmidt. She finally retired from singing in 1883 and assisted Frederick Niecks in researching a biography of Frederic Chopin. After moving to Herefordshire, she died in 1887 and Goldschmidt, who lived until 1907, wrote her biography entitled Jenny Lind: Her Career as an Artist.