Some of Liverpool’s finest municipal buildings were designed by Corporation architect John Weightman, who doesn’t even have a wikipedia page and whose grave is a sorry state in Toxteth Park cemetery.

Born in London in 1798, John Weightman came to Liverpool at the age of 26 to take up a position as a draughtsman for the Borough Surveyor John Foster. He rose through the ranks to become chief draughtsman in 1831, but a couple of years later left the corporation to work on the Grand Junction Railway, connecting Liverpool with Birmingham. 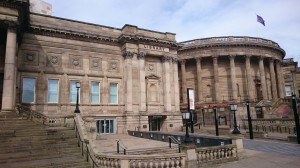 In January 1848 Weightman returned to Liverpool and took on the post of Borough Surveyor, succeeding Joseph Franklin who himself had taken over from John Foster. Weightman was appointed on a salary of £1,000 per year (£107,000 in today’s money), £300 more than his predecessor and this caused considerable debate when the Finance Committee met to approve his appointment. However the argument that he possessed considerable local knowledge and there was no more suitable candidate for the position won the day. Weightman took the post on condition he relinquished all his private interests and it was noted by the Liverpool Mail that he stood to lose up to £2,000 per year.

One of Weightman’s first tasks in his new role was to oversee the building of St George’s Hall, the foundation stone of which had been laid back in 1838. The architect Harvey Lonsdale Elmes had died the previous November of Tuborcolosis but Weightman found this too time consuming and allowed Charles Cockerell, a friend of Elmes who had guided him with the design, to take over the project. 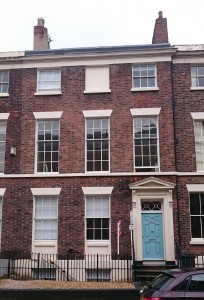 had taken a step backwards when it came to St George’s Hall, John Weightman would go on to have a great impact on Liverpool’s architecture. The town’s corporate estate grew rapidly during Weightman’s time as borough surveyor, thanks in part to his intellect, decisive character and technical ability.

In the late 1850s Weightman designed a major project off Dale Street, incorporating a new fire station, bridewell and police station, as well as magistrate’s courts. The bridewell consisted of ninety cells and allowed the police to deal with the increasing volume of crime in the growing town. It still stands today and is Grade II listed, described by English Heritage as one of the best examples of a 1850s penal building. 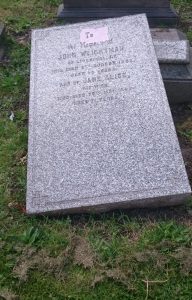 htman’s greatest legacy was the design of what we now know as Central Library and the World Museum, on which he worked alongside Scottish architect George Audsley. The Free Public Library opened in October 1860, with Weightman a guest of honour and riding in the Mayor’s chariot. The following year the William Brown Museum opened, initially displaying the natural history collection of the Earl of Derby who had bequeathed it to the town.

Weightman’s last major work before retiring in 1865 was to design Municipal Buildings although his successor Mr Robson made some modifications during the building process. On his retirement, the Finance Committee expressed regret at Weightman’s leaving and expressed a wish for him to be employed as a consultant if the need arose.

After retiring from his role Weightman remained with the Corporation, being elected as an Alderman and he also served as a Justice of the Peace. In his latter years Weightman’s health declined and the death of his wife in May 1883 hit him hard. He died three months later on 5th August 1883 at his home, 39 Hope Street. Flags on Corporation buildings were flown at half mast as a sign of respect and his funeral took place five days later at Toxteth Park cemetery alongside his wife. Today however his grave is in a sorry state, the headstone having been laid flat for safety reasons.

SIGNS OF THINGS TO COME AT FIRST GRAND NATIONAL