Situated between the wonderful Victoria Building and Metropolitan Cathedral is another marvellous place that goes largely unnoticed due to its illustrious neighbours.

Born in London in 1874, Charles Reilly lectured at Kings College before becoming Professor of Architecture at the University of Liverpool in 1904. He held this position until his retirement in 1934, overseeing the degrees of many who became renowned architects such as Herbert J. Rowse, who designed the Birkenhead tunnel entrances, India Buildings and the Philharmonic Hall. 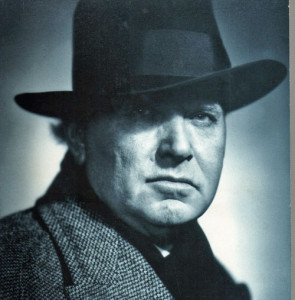 Reilly hated the redbrick style of Alfred Waterhouse, who designed the Victoria Buildings which were opened in the 1880s to house the new University College Liverpool. Much preferring the neo-classical style, Reilly referred to redbrick as ‘mud and blood’ and described the tiles of having the colour of curry powder. With the help of Lord Leverhulme of Lever Brothers he moved his department to the Blue Coat in School Lane, which had been in danger of demolition.

Reilly later advised former pupil Lionel Budden on the design of a purpose built building for the School of Architecture, which opened in 1933. It was named the Leverhulme Building after his philanthropist friend. Reilly retired that year and returned to London, being knighted in 1944 and dying on 2nd February 1948. Such was the development of the School of Architecture under Reilly that in 1938 the Times Literary Supplement wrote that it was ‘possibly the most important centre of architectural education in the world.’

The building there that is named after him is the Reilly Building, which he himself designed and opened in 1911. It was built for the student union, the Liverpool Guild of Students, which was the first in the first student union in the UK and first to elect a female president, in 1892. Initially called Gilmour Hall it housed the debating chamber, then as retirement neared Reilly assisted the architects with he design of an extension that opened in 1935. The final section of the student union, Mountford Hall where live performances are held, opened in 1965 and the open courtyard was covered in the 1990s. 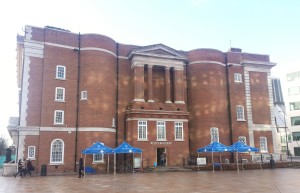