There is a debate going on at present over whether a disused Victorian mill in the Baltic Triangle should be demolished to make way for new apartment blocks. If developers get their way, they will succeed where fire failed over 150 years ago.

Joseph Heap first started milling rice on Park Lane in 1780, although the building that stands there now dates from the 1850s. The firm imported rice from the West Indies. They stopped using this mill in 1988 and are now based in Bootle, with the building having lain derelict since 2005. 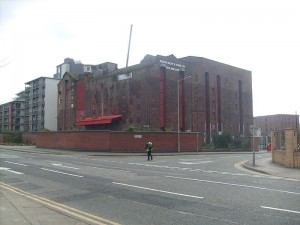 In 2006  planning application to retain the facade and convert the building into apartments never came to fruition. Eight years on, a new proposal by a Seychelles based company is to demolish it and build over 500 apartments on the site, many of them housed in a 25 storey tower. Merseyside Civic Society has made an emergency application to have the building listed but if the old  mill is demolished the developers will have done what fire failed to do in 1863.

The fire began on the top floor of the eight storey mill on the morning of 10th August that year. Workers at first tried to fan the flames using water from a tank on the roof but when this proved unsuccessful a fire engine from the West of England Fire Insurance Company was called. Additional help came in the way of reels from Seel Street, Hatton Garden, Sefton Street, Salthouse Dock and Jordan Street.

It was not until 11am that the firemen had sufficient water pressure to beat back the flames, by which time the roof had fallen in and there was a fear it could spread to a neighbouring sugar warehouse. By noon the fire was well under control but the damage was considerable. A large quantity of machinery and stock was destroyed on the upper floors, while there was water damage to the lower storeys.

The total value of the damage was estimated at £4500 (around half a million pounds today), but the company thankfully had more than adequate insurance cover and workers did manage to cart away a lot of the rice.Despite the scale of the fire there was just one injury, to Police Constable Ridge who broke his foot falling through a floor. The following day’s Liverpool Mercury was thankful that the destruction wasn’t immense and praised the response of the fire and police services.

RE-OPENING OF THE SAILOR’S HOME

At The Charles Bridge Bar, Prague 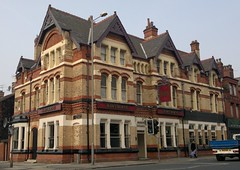 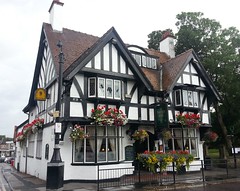