A Liverpool man who was awarded the Victoria Cross for bravery during the Indian Mutiny of 1857 was regularly punished by the army for drunkenness, but he may not have been drinking alcohol at all.

The son of a bottler, John Kirk was born in July 1827 and grew up in a court off Ormond Street in what is now the city’s business district. He joined the army in 1846 when he was eighteen years old and was soon posted India, where he fought in the Anglo Sikh War of 1848-9 which saw the annexation of the Punjab. 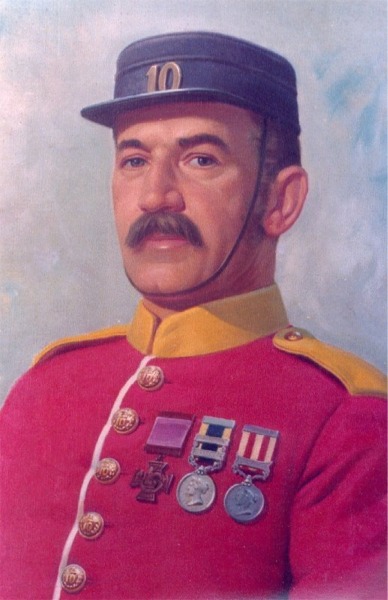 In 1857 he was stationed on the banks of the River Ganges in Vanarasi where he was a Private in the 10th Regiment of Foot. The Indian Mutiny broke out in May of that year and spread to Kirk’s local garrison on 4th June, when an uprising occurred among the native troops. Showing incredible bravery, Kirk led two comrades into the house of paymaster Captain Brown, which was surrounded by rebels, to lead him and his family to safety.

It would be three years before Kirk received the award for his actions, being presented with the Victoria Cross from Queen Victoria on 9th November 1860. A parade took place at Windsor to honour the birthday of the Prince of Wales, then Kirk and seventeen other soldiers were given their medals.

Kirk’s army service records do not paint a good picture of his behaviour, showing that he was mentioned in the defaulters book 56 times and appeared before a court martial on twelve occasions. Just two months before his heroic act in India, he was sentenced to fifty lashes for being drunk on evening parade. He was imprisoned for periods of up to a month on other occasions for offences including being drunk and making an improper reply, being drunk on march and habitual drunkenness. 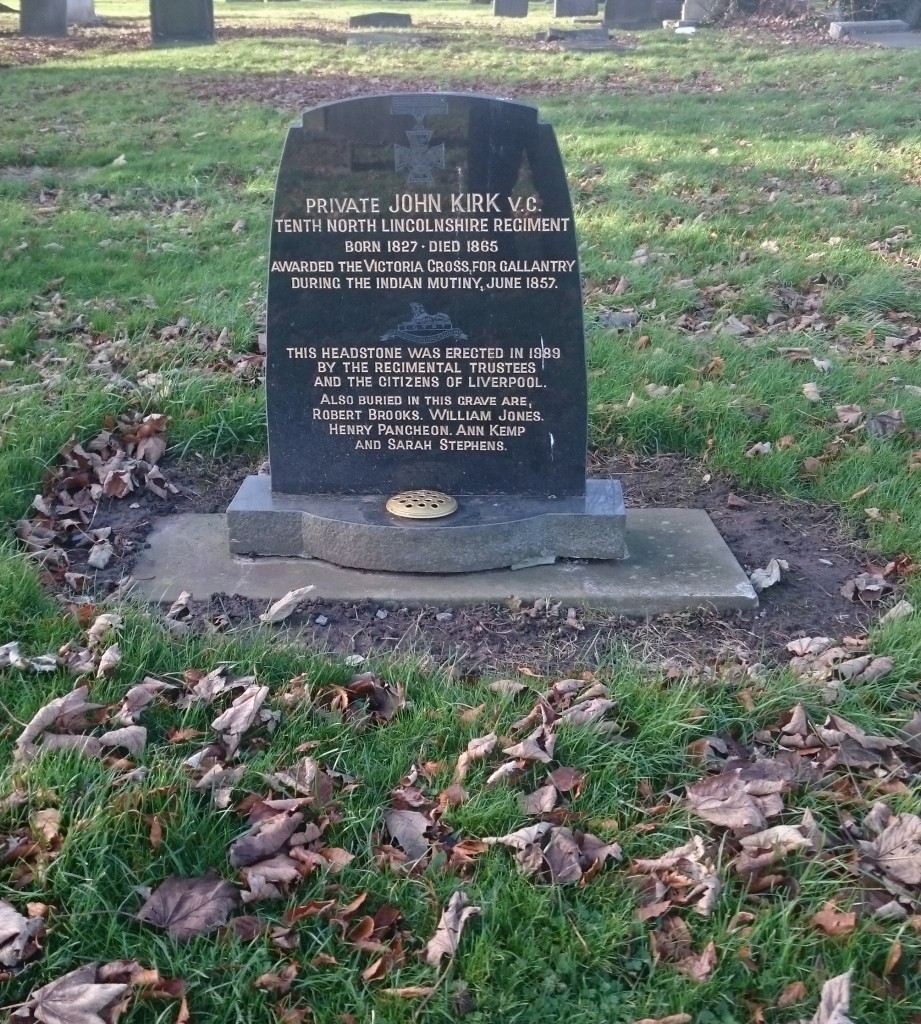 In May 1864 Kirk was discharged at the age of 37 after a doctor classified him as unfit for further service. His discharge notes say that he suffered from chronic syphilitic rheumatism and that this had developed during his service, but not because of it and that it was aggravated by the use of intoxicating liquors. However, some historians have since argued that Kirk was not a drunkard, but instead suffered from dysarthria, which effects the ability to speak coherently.

Kirk was stationed in Kilkenny in Ireland at the time of his discharge and he returned to Liverpool, where he worked as a labourer. However when he developed tuberculosis he entered the workhouse on Brownlow Hill, where he died on 31st August 1865. He was buried in a public grave alongside five others in Anfield Cemetery and it was not until 1989 that a headstone was erected.

John Kirk and all other Victoria Cross recipients can be found in this book by Kevin Brazier.