Now the largest museum in England outside of London, Liverpool World Museum first opened in 1860 to house a natural history collection with the basement being set aside for volunteer army practice. 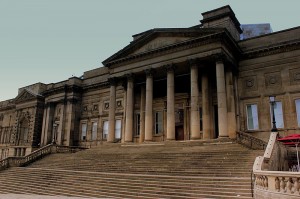 Liverpool’s first public library was set up in 1852 at the Union Newsroom in Duke Street, a building which is still standing. Around the same time Edward Smith Stanley the Prime Minister and 14th Earl of Derby, was wondering what to do with the massive collection of stuffed animals and birds that had been accumulated at Knowsley Hall by his father, who had died the year before. It was donated to the town and housed in hastily built buildings in Parr Street, which were opened by the Mayor in 1853.

Both the Derby Collection and library were both extremely popular and it was clear new accommodation was needed for both. Wealthy merchant and banker William Brown donated £6,000 for the construction of a grand neo classical buildings on Shaw’s Alley although the eventual cost, which he met, was around £20,000. The foundation stone was laid in 1857 and the building, part designed by Corporation Surveyor John Weightman, was handed over on 18th October 1860, although only the library opened on that date.

Brown spoke of the lack of ventilation that hindered Duke Street and how the 55,000 books there would soon be increased to 120,000. The Lord Bishop of Chester, an honorary guest said he hoped all classes of men would have their minds ‘enlightened with true knowledge and festering in their hearts sentiments of justice, humanity, loyalty and patriotism.’

Over the next year Shaw’s Alley was re-named William Brown Street and the museum was fitted out with exhibits and opened exactly a year after the library, 1300 passing through on the first day. Four rooms were dedicated to birds and one to mammals and fish. Although the museum was built primarily to house the Derby Collection, the intention was that other exhibits would be put on display there, as a year earlier William Brown said that a gentleman had offered a collection of anatomical plates and he encouraged captains of vessels leaving the town to bring back artefacts for display.

Perhaps the most famous collection there  nowadays is the Egyptian display, which began in 1867 when local goldsmith Joseph Mayer donated 5,000 antiquities. In the 1870s the library extended eastwards with the opening of the Picton Reading Rooms, while in 1901 an extension to the museum opened, with the ground floor being occupied by the College of Technology. The museum was bombed in the 2nd World War and although many artefacts were in storage, many were lost and it was not until the 1960s that it was fully open again.

The building’s use for army training came about very much due to the circumstances of the time. During the Crimean War it became apparent that due to the number of troops spread around the Empire, the British Isles were at risk if there was not a body of readily available men that could be quickly assembled to repel an attack. This led to the formation of the Volunteer Force in 1859, which consisted of units rifle and engineer corps who trained for 24 days a year and was a descendant of the present day Territorial Army.

Several units were formed in Liverpool and with ample basement space being available that was no use to either the museum or library, it was decided to allow the corps’ rifles to be stored there, as well as five cannons for drill practice. Brown assured the public on opening that gunpowder would never be used in the building, but that if ‘our shores were ever desecrated by foreign foe, the men will defend these institutions and the shores of our country.’ The rooms were not used for this purpose for long though as by the end of the decade the small corps were getting bigger and battalions being formed, on occasions training further afield such as at Altcar.

At the beginning of the new Millennium the College of Technology was taken over and after refurbishment it was re-branded the Liverpool World Museum. It now attracts over 700,000 visitors a year, with the basement now being used for staff offices, storage of non displayed exhibits and also containing a lecture theatre. 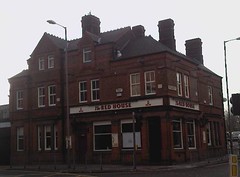 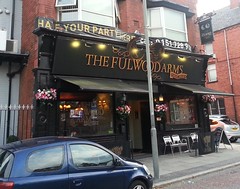