Harry Evans was born in 1873 in Mertyhr Tydfil, one of ten children. He was the son of a local choirmaster and showed such talent at music that his local church appointed him as their organist when he was aged just nine.

Harry’s church paid for him to remain at school until aged fourteen and he then became a pupil teacher. He had hoped to go to college in London but his father refused this wish and instead gave him a 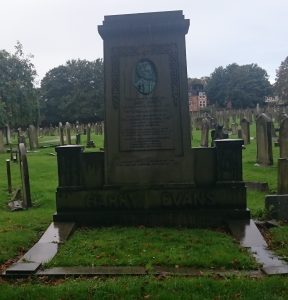 choice between being a teacher or going in the iron works.

Due to ill health Harry had to quit being a teacher in 1893 at the age of twenty and he instead concentrated on music, teaching choirs and working freelance as an organist. In 1900 his male voice choir won first prize at the National Eisteddfod which was held in Liverpool, where an estimated 100,000 Welsh people resided. He was then invited to become musical director of the Liverpool Welsh Choral Union and moved to the city.

Under Harry’s leadership the Liverpool Welsh Choral Union performed a number of works that had never been performed in the city before, such as Bach. He also adapted The Lord is my Shepherd and the choirs played concerts all over the country including in front of 5000 at the Royal Albert Hall in London. Many of the works performed had been thought impossible but the Musical Times put he success down to his ‘magnetic personality’ and unsparing labour’.

As well as conducting many Welsh choirs, Harry was also a lecturer at the University of Bangor and conductor in the Liverpool Philh 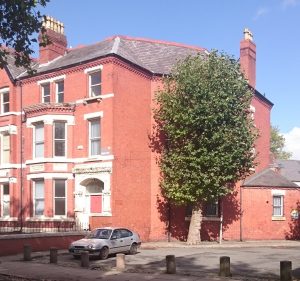 armonic Society. However as he approached his fortieth birthday he was increasingly tired and it was put down to overwork, but when rest failed to make him better he was diagnosed with a brain tumour. He died at the age of 41 on 23rd July 1914 at 26 Princes Avenue, leaving a widow and two sons. Thousands lined the streets for his funeral, the service being held at Grove Street chapel followed by an interment at Toxteth Park Cemetery. A Welsh choral union sang alongside the funeral cortege.