Sir William Watson, a prominent Victorian poet, was twice overlooked for the role of Poet Laureate, in part due to the political nature of his poetry. Following his death in 1935 he was interred in a family vault at All Saints Church in Childwall, Liverpool, a city whose dignitaries he had severely criticised eleven years earlier. 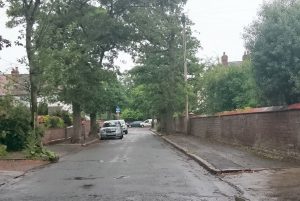 Watson was the son of a sack merchant and born in Burley, West Yorkshire, in 1858. His father’s business took him around the country, meaning the family rarely stayed living in one place for long. Eventually his parents settled in Liverpool, where he died in 1896 whilst living in Mersey Avenue, Aigburth.

In 1880 Watson’s first poems were published in The Prince’s Quest & Other Poems. He was prolific in the following decade, contributing to well known London periodical The Yellow Book. He was commissioned as the eulogist following the death of Alfred Tennyson in 1892 and wrote Lachrymae Musarum, but later that year he suffered a breakdown. This meant he was overlooked when a new Poet Laureate was appointed, the honour instead going to Alfred Austin.

Two years later, in 1894, Watson was back in good health and published Odes and Other Poems which included Vita Nuova, offering thanks for his recovery. Later in the decade though he caused controversy with poems attacking the Ottoman Empire for its persecution of Armenians and also Britain’s role in the Boer War. In 1913 he was again overlooked for Poet Laureate due to his political writings, but his support for the Great War effort and a public speech backing Prime Minister Lloyd George went a long way to him being knighted in 1917. 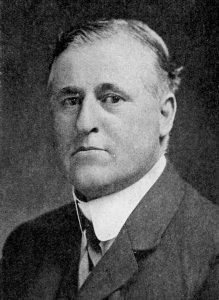 After the war Watson faded into obscurity, although he was invited to write a poem to commemorate the consecration of Liverpool Cathedral in 1924 which could be sold to raise funds for further building works. What he came up with though wasn’t quite what the Diocese had in mind. He was shocked at seeing the squalor that many of the city’s population were living in and that children were asking the builders for food. This led to him writing a poem that was scathing about such a grand structure being built, with a straight to the point couple of lines saying ‘City of festering streets by misery trod, where half fed half clad children swarm unshod. While thou dost rear thy splendid fame to God. ‘

Watson’s last published work was in 1928 and it failed to make an impression, netting him only £10. He spent his final years in comparative poverty and whilst living in Bath in 1930 his distinguished friends set up an appeal fund for him, raising nearly £4,000 so he could live his last years more comfortably. This led to him moving to Rottingdean in Sussex but he struggled to continue his work due to his poor health.

After a deterioration Watson entered a nursing home in Ditchling Common in the middle of July 1935. After four weeks there he died on 12th August. On his deathbed he had whispered to his wife Adeline ‘It is only you I think of and my work’ before slipping into unconsciousness. On announcing his death on 11th August, Adeline said that he would be buried alongside his parents in All Saints Church in Childwall, with his coffin draped in the flags of Armenia, England, Ireland and South Africa. She stressed that although he may have been against government policy in South Africa and Ireland, he still loved his country. 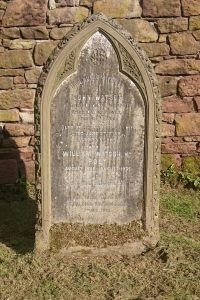 Tributes poured in after his death, with Lloyd George saying that he was a ‘truly great poet’and Rudyard Kipling describing him as someone who ‘did great work and never wrote a bad line.’ Watson’s body was taken by hearse to Liverpool and his burial at All Saints was a simple affair, with the family requesting no flowers be sent. There was not even a service in the church and around 200 people, including John Dulanty, High Commissioner for the Irish Free State, gathered around the graveside. The Reverend Strong conducted the last simple rites and the flag draped coffin was interred.

The following month Watson’s financial situation in his final years was emphasised when his widow Amina placed advertisements offering her services as a housekeeper. In 1981 Jean Moorcroft published a biography of him entitled I Was an English Poet: a Critical Biography of Sir William Watson 1858–1936. 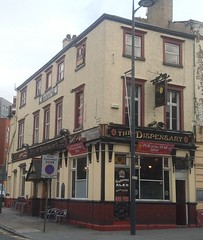 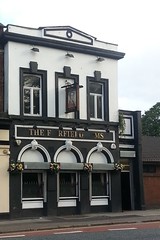