The tomb of William MacKenzie, situated in the graveyard of the former St Andrew’s Church in Rodney Street, Liverpool, is often talked about. It is said that he is not buried there, but instead sat above ground and also that his ghost roams the locality.

William Mackenzie was born near Nelson in 1794, the eldest of the 11 children of Alexander Macken 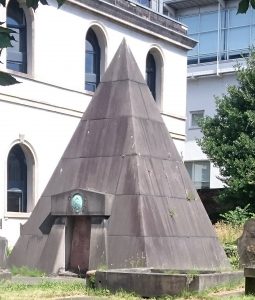 zie, a Scottish contractor. He started his career as an apprentice weaver but changed to civil engineering, becoming a pupil of a lock carpenter on the Leeds and Liverpool Canal in 1811. He continued his training on a dry dock at Troon harbour and as an agent on the Edinburgh and Glasgow Union Canal.

In the 1820s he was a contractual engineer on Birmingham canals and some of the cuttings required for the Liverpool & Manchester railway. He also worked abroad, including on the Paris to Rhouen railway. He lived at 74 Grove Street (no longer there) from 1843 until his death in 1851. He had been married twice but had no children and left most of his £340,000 estate, equivalent to £42 million today, to his youngest brother Edward.

Legend has it that he was not buried but sat upright in the tomb. The story goes that McKenzie was supposedly entombed seated at a table with a winning hand of cards in his bony fingers.

The yarn insists that as an inveterate gambler, he bet and lost his soul in a game of poker with the Devil and figured that if he was never buried, Satan could never claim his prize. His ghost is said to be seen walking Rodney St late at night, as although he is kept from the devil, he cant get to heaven either. 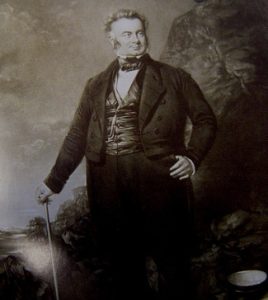 However there is clear proof that the tale of his entombment is not true. The pyramid monument you see was actually erected seventeen years after his death in 1868 by his brother Edward. It was placed there after the death of his second wife Sarah in December 1867. The inscription on it says “In the vault beneath lie the remains of William Mackenzie Esquire who died 29th October 1851 aged 57 years. Also, Mary his wife, who died 19th December 1838 aged 48 years and Sarah, his second wife who died 9th December 1867 aged 60 years. This monument was erected by his Brother Edward as a token of love and affection A.D. 1868. The memory of the just is blessed”