Somewhat overshadowed by its near neighbours the Ancient Chapel of Toxteth and St Patrick’s Roman Catholic Chapel, the Toxteth Tabernacle continues to serve the local community for the purpose it was intended nearly 150 years ago.

The Tab, as it is commonly known in the local area, was opened in 1871 by William P Lockhart. He was a keen amateur cricketer and represented the Birkenhead Park club where he excelled as a wicket keeper, on occasions being called up for county select sides. 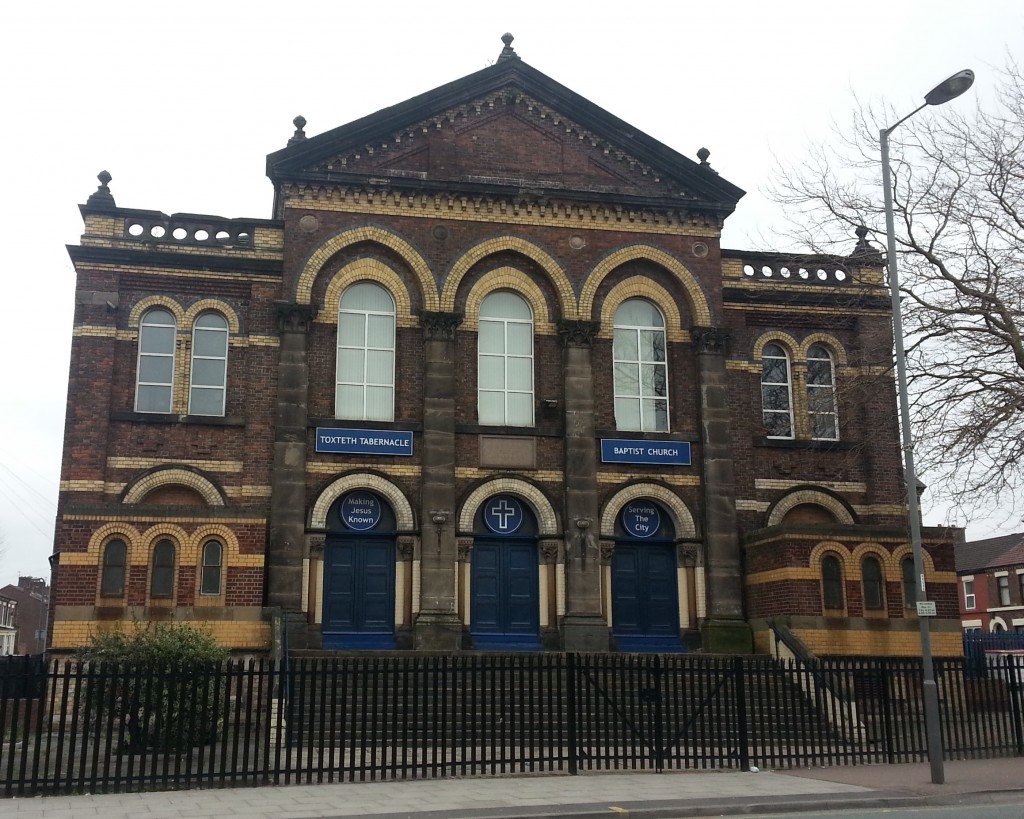 The Toxteth Tabernacle in 2013

Lockhart developed a reputation as a lay preacher in the 1860s and would often advertise his free sermons in the local newspapers, aimed at steering men away from evil ways. He preached in Newington on Thursdays and Hope Street on Sundays and towards the end of the decade sought to make inroads into the increasingly densely populated district of Toxteth. His movement preached at the Ebenezer Chapel in Beaufort Street which was rented from Welsh Calvanists. With up to 1,000 attending his Sunday evening sermons and 200 children enrolled in the Sunday School, it was clear that larger and more modern premises were needed.

Land was secured off Park Road, right in the heart of the community which he sought to save from sin. The proposed new building would seat 1,500 and have classrooms attached. Lockhart emphasised that it would be non sectarian and also claimed that it would be the first church in Liverpool where all the benches were open to all, with no pews reserved for those willing to pay. Launching the appeal in February 1870 Lockhart stated that up to £6,000 was needed and building would not start until half of that was secured. It didn’t take long to reach that target and the foundation stone was laid on 7th September by Reverend Spurgeon.

At the same time the Toxteth Tabernacle was being built, the nearby ‘Dickens streets’ were being laid out. Lockhart objected to the name Pickwick Street as he felt it was an unsuitable name to adjoin a chapel. After consultation with the builder David Roberts, it was agreed to change the order around so that Dorrit Street was next to the chapel and Pickwick Street further down towards upper Warwick Street. 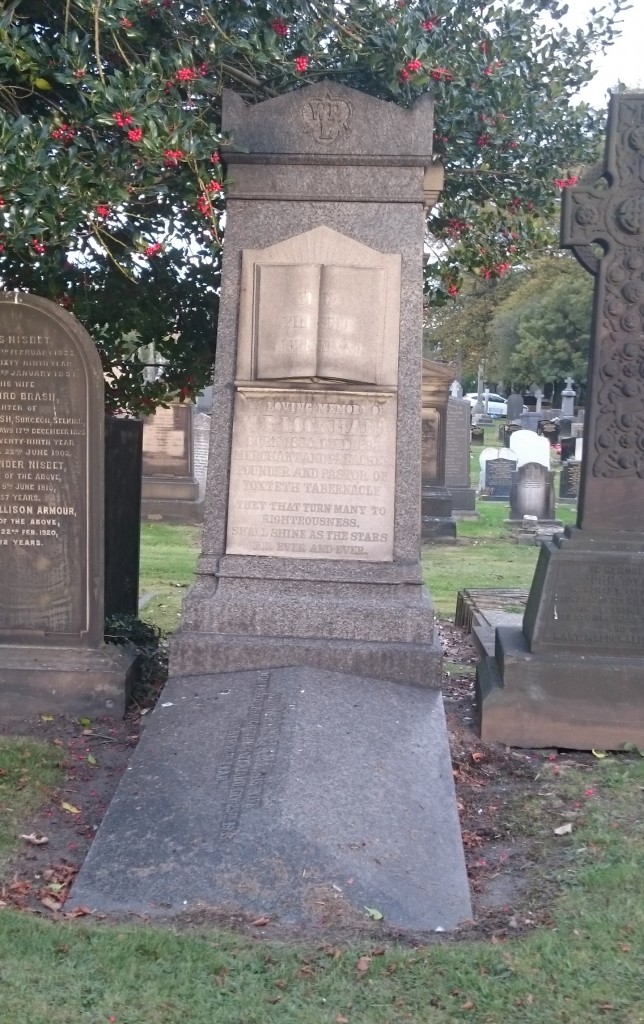 On 20th October 1871 Lockhart conducted the first service at the new chapel, with the sermon given by the Reverend Birrell using texts from the Acts of the Apostles. Although the projected £6000 cost had been raised, the building costs had been higher than projected but Lockhart refused to have pew to pew collections, instead placing boxes by the exits so worshippers could contribute discretely.

Lockhart believed that drink was the root of many of society’s problems and set up a temperance society at the Toxteth Tabernacle, which called for greater restriction on liquor sales and the closure of pubs on Sundays.

Two years before his death Lockhart, who described himself int he census as a building society manager, was living at 34 Devonshire Road with his wife Mary and two servants. Early in 1893 he suffered a fit that left him partly paralysed. He went abroad to recuperate and on his return continued to preach and work, despite his discomfort. In August he went to Ballater in Aberdeenshire for a break but died on the morning of 12th August. He was buried at Toxteth Park Cemetery three days later, with his funeral being attended by ministers of all denominations and members of the commercial community.

Today the Toxteth Tabernacle continues to adhere to the principles for which it was established by Lockhart. It runs a summer club, Sunday School and youth church, with volunteers seeking to spread the word of Jesus using s doctrinal statement that was set out in a trust deed. There is no hierarchy structure, with instead a leadership team of about ten people, of which one is the pastor.